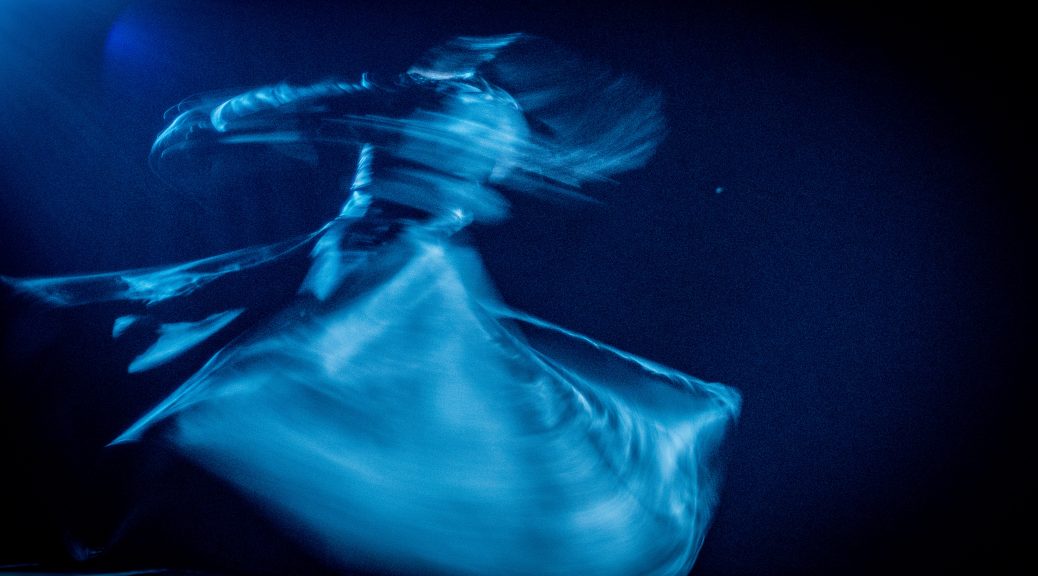 SPIRAAL is an original, contemporary approach to whirling movements. This approach was developped by Valentina Lacmanović, based on art, science research and practice.

Spiralling movement is at the core of our galaxy, our DNA, it is the force of nature in hurricanes and vortices. Spiralling patterns can be found in the shape of our fingerprint and the form of Time. It is a powerful instrument that leads towards harmonizing our physical, mental, emotional and energy bodies.

SPIRAAL workshop proposes an intensive work on sustained spiraling movement technique, disorientation, listening and body/mind (dis)connection. In a safe environment, participants travel through trance-like states and learn how to tap into the creative flow.

The build-up is inspired by techniques of breathing, internal martial arts and organic approach to body and mind motion. An introduction to ritualistic elements in contemporary performance is given through structured improvisations.

Valentina Lacmanović is a performance artist with background in acting (studied at CNSAD (French National Academy of Dramatic Arts) and dance (studied classical and contemporary techniques in Croatia, France, Spain, Turkey, India, and the Netherlands). She also possesses a Master degree in Philosophy (Université Paris VIII).
Valentina was always attracted to a variety of cultures and has been introduced to Arab-Berber, North Indian music and dance, as well as practiced martial arts. She works and lives between Amsterdam and Paris. Her main focus is the creation of contemporary performances and video installations inspired by philosophical reflection on ritual practices and transformative performance acts. She continues her research (“From Trance to Performance”) on convergences and divergences between contemporary visions of performance and enacting of ancient rituals.
www.valentinalacmanovic.com