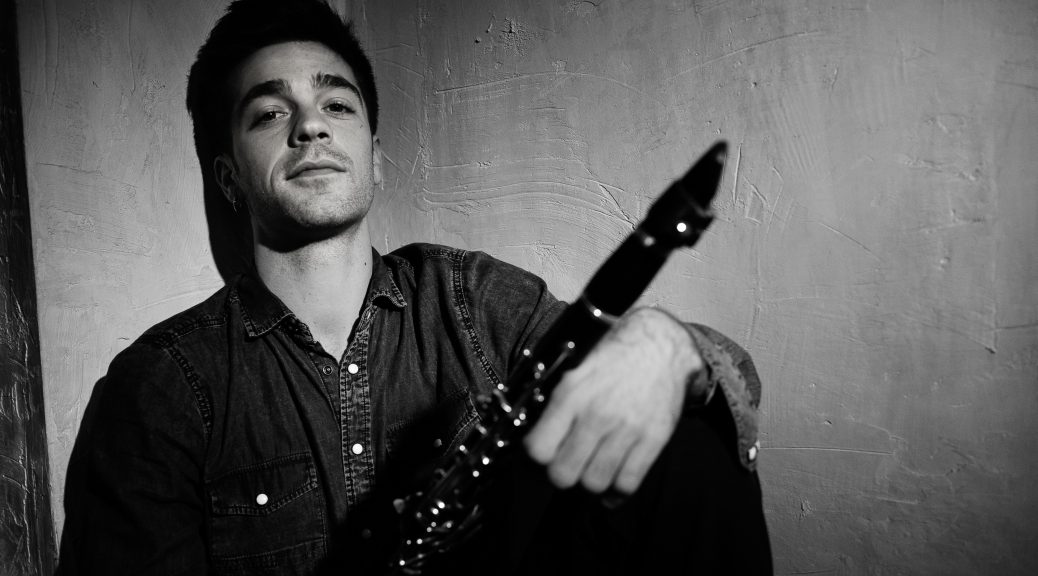 “Silent of the bench” is the composition of new music for an experimental deceto. I am interested in deepening into several things that I have been studying for a few years about psychoacoustics, and improvisation methodologies.  My stay in Coud is based on defining a line of composition for this group of musicians in particular

José Luis Fraga (A Coruña,1988). Clarinetist, musician and performer. His interests are born from the instrumental practice, from the corpographic and from the collective interaction wirh artists of other disciplines. Higher Degree in Interpretation of Classical Music and Jazz, in Spain and Italy.
In recent years he has held own performances in places such as ACUD Theater in Berlin, MEAM (Museu Europeo de Arte Moderno de Barcelona), Fábrica de Arte Cubano in Havana, Casa Iberoamericana de Holguín, Iries Vibes (Belgium), Feria Hybrid Art & Fair in Madrid, Espai B (Barcelona), Puertas de Castilla Sound Art Center (Murcia), Casa do Brasil in Madrid, the House of Music in Alicante, the Paco de Lucía Auditorium or El Círculo de Bellas Arts in Madrid. Since 2016 he has been the artistic director of the “Código Abierto” collective of transdisciplinary improvisation (music, dance and visual arts).
He has participated in international artistic residencies such as Medialab Prado tutored by “El niño de Elche” (Madrid 2021), Majaam Residency (Estonia), Konvent Zero (Barcelona 2019), Art and Ground Alicante (2017). Receives several notable awards and grants, such as the Mestre Mateo Award for soundtrack (2021), INJUVE Creation Award (2017), AMEE PANC for sound artists (2017) tutored by Susan Campos Fonseca (Costa Rica Musical Historical Archive) or Buzz Meet s Biz of the Goethe Institute (2018).