Antonin Comestaz and Keren Rosenberg have been working in the studio of CLOUD/Danslab these last few months. Both with their distinct style. Antonin will present “Then, Before, Now, Once more” developed in CLOUD/Danslab and Keren will present “Body-House” developed in Dansateliers Rotterdam. Their connection is a special one, which is growing in CLOUD. The last edition of CLOUD Club has been hosted by Antonin Comestaz, and the next edition in on June 13 will be hosted by Keren Rosenberg. Read more about the Gaga Edition of CLOUD Club with Keren or see Facebook event

Then, Before, Now, Once more – choreography Antonin Comestaz
The universe seems to play by the rule of constant change. Nothing remains, everything transform. Life and death, days and nights, seasons… What is now isn’t what it was then, nor before, but may occur again. Nature lets us witness these patterns in everything, including feelings. How do we cope with this fact when we seek for eternity?

About Antonin Comestaz
Antonin Comestaz (1980) is a French dancer, choreographer and multidisciplinary artist based in The Hague (NL). He trained at the Paris Opera Ballet School and went on to dance with companies including Paris Opera, The Hamburg Ballet, T.T.M (Tanz Theater München), Ballet Mainz, and Scapino Ballet. During his tenure at these companies, Antonin has worked with renowned choreographers, such as John Neumeier, Marco Goecke, Rui Horta, Carolin Carlson, Ed Wubbe, and Jacopo Godani among others. Antonin’s artistic career has been forged by his ability to constantly explore and redefine boundaries in the various fields of dance, from ballet to neo-classic, modern and improvisation.
www.antonincomestaz.com

Antonin has developed this choreography in the studios of CLOUD/Danslab and Korzo. This work has recently premiered at the Open Stage of Dansmakers Amsterdam. Read more about his residency at CLOUD.

“The body and me are not the same.
The body is the house in which I live in.
I don’t own this house and this house is not me, though its my house.
Sometimes I feel my body as a home and sometimes it becomes an unfamiliar property.
I live under my skin.
Sometimes I come through the walls of my skin to feel, I even open small cracks to the outside, I don’t like exposing too much cause then I am vulnerable.”

About Keren Rosenberg
Keren’s works were presented in various festivals & theaters in Israel, Iceland, The Netherlands and Ireland. In 2011 she was invited by Ohad Naharin to study the Gaga movement language. Since then, she has been invited to teach Gaga as well as her own creative workshops in various dance companies and institutions around Europe.

Her recent work ‘Body-House’ premiered at the One Night’s Dance Project at Dansataliers, invited to Korzo Theater, Dansmakers Amsterdam and Tel-Aviv Dance This Summer.

Keren has been working in CLOUD/Danslab in several residencies of which the most recent is “The Never Dry Land”. Read more about her last residency in CLOUD

Choreographer Antonin Comestaz will work with dancers Jefta Tanate & Inés Belda Nácher, exploring the spontaneous reactions of two different entities who find themselves in presence of each other in confined space, by mistake or hazard, against there will. One task will be to define the protagonists (which wont necessarily be “Human”) through there physicality and personality. Then, what situations will arise from the encounter? Which behavior will they adopt? Aggression? Affection? Mimic? Will they be able to tame each other? Antonin proposes a reflection on the mechanisms of the mind in presence of “the other”, the unknown.

Antonin Comestaz (1980) is a French dancer, choreographer and multidisciplinary artist based in The Hague (NL). He trained at the Paris Opera Ballet School and went on to dance with companies including Paris Opera, The Hamburg Ballet, T.T.M (Tanz Theater München), Ballet Mainz, and Scapino Ballet. During his tenure at these companies, Antonin has worked with renowned choreographers, such as John Neumeier, Marco Goecke, Rui Horta, Carolin Carlson, Ed Wubbe, and Jacopo Godani among others. Antonin’s artistic career has been forged by his ability to constantly explore and redefine boundaries in the various fields of dance, from ballet to neo-classic, modern and improvisation.

Antonin began choreographing in 2006. His works have since won a number of awards and nominations, such as for “Hand in Hand” (Nominated at The international internet dance festival SideBySide-net 2006), “Flesh and Blood” (Nominated at The International Choreography Competition Hannover 2008), “She” (1st prize for interpretation, 3rd prize for choreography, as well as Audience Prize at the Stuttgart Internationales Solo-Tanz-Theater Festival 2010).

Since 2013 the primary focus of Antonin’s work has been freelance choreography. That year marked the creation of his landmark cross-genre piece, “Out of the Grey”, commissioned by Korzo Productions in The Hague. It has since been performed in various festivals across Europe, and was selected to be part of 2014 Priority Companies by Aerowaves. His second venture in collaboration with Korzo was the 2014 creation, “Plastic Junkies”.

Antonin possesses a passion for drawing and music and has composed music for most of his pieces to date. His works often revel in the absurd & darkly comic expressions of everyday life and humanity, using his playful, quirky and highly engaging choreographic style. 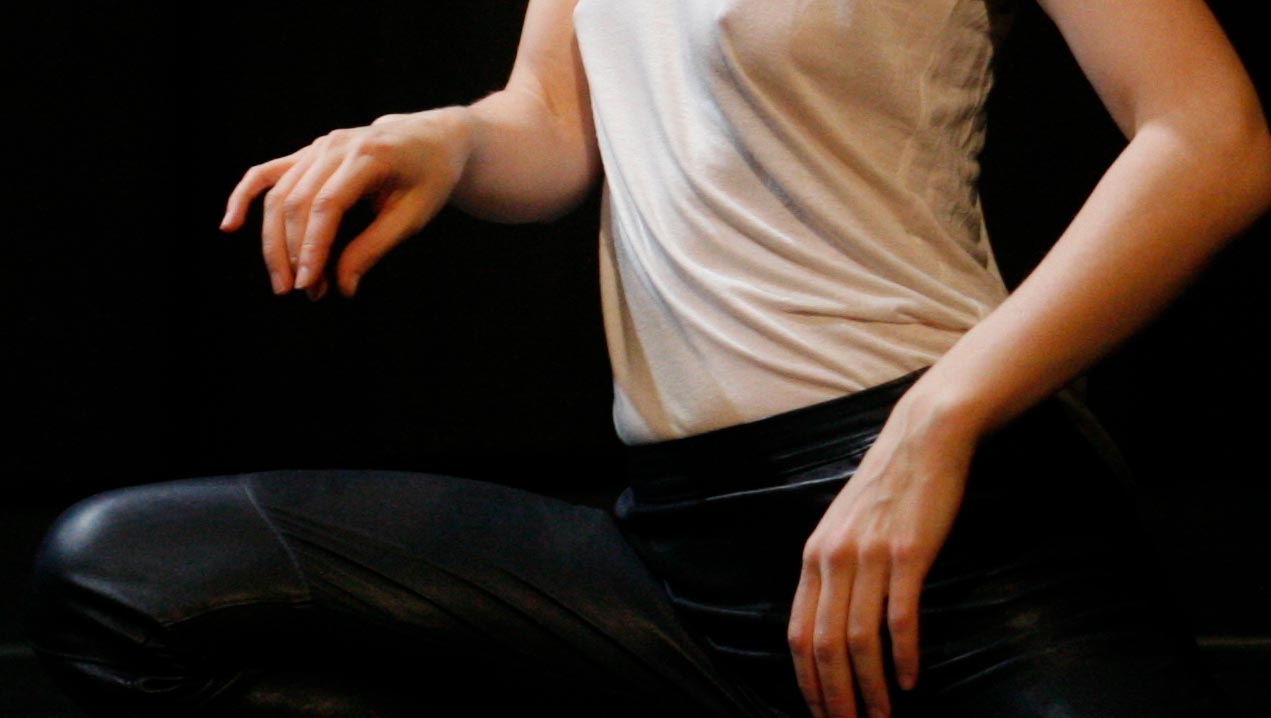 Based on the physical system developed and created by choreographer Edan Gorlicki and the dancer Mayke van Kruchten, the ‘Body Language’ workshop leads up to the creation of performance-installation ‘Body Language’.

Registration before 12th of November:
cloud.danslab@gmail.com

The ‘Body Language’ physical system is the second part of an ongoing study on power and control. The goal while creating the system was to try to give the body full control of what the body does and then to discover the bodies choices. To find this out, Edan, together with Mayke, searched for a way to minimize or even eliminate mental judgement, choices and creativity from the movement vocabulary; giving power to the body. This way everything the body does would come from the body itself and not from a mental command; An impossible task perhaps, none the less, an interesting one.

This workshop will take you through the steps of this physical system and lead you through a path of letting go mentally, discovering your body’s physicality.

How do we do that:
First we will limit our physical possibilities to a very minimal range, challenging your mind to the maximum. Once we have practiced that and become more comfortable with the limitations, we will start to delayer the rules; opening up the possibilities within the structure. Eventually, giving the body full freedom of moving possibilities but maintaining the concentration level of listening and discovering as things happen.

Finally, you will experience a very active physical experience of movement fully choreographed by your own body, taking you on a fascinating journey and leading you to places and situations you would otherwise not bring yourself to.

About Edan Gorlicki
Born in Haifa, Israel, Edan Gorlicki is a choreographer, teacher and movement research artist based between Heidelberg, Germany and Groningen, the Netherlands. Edan has performed the works of may choreographers such as: Ohad Naharin,  Itzik Galili, Guy Weizman & Roni Haver (Club Guy and Roni) and many more.

Edan is familiar to many of us because as the creator of LAMA movement research.He will share more of this during the morning classes and movement class at our friends in Dansateliers (Rotterdam) from 10th till 15th of November.